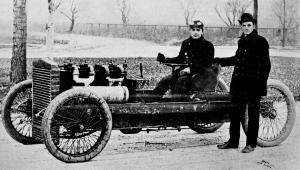 People often think that the purpose of the corporation is to maximize shareholder wealth. Lynn Stout (a Cornell University business professor) blames the famous 1919 Michigan Supreme Court decision in Dodge v. Ford Motor Co. 170 N.W. 668 (Mich. 1919) for the view that corporations exist to make money for their shareholders.

Stout states that the quotation below is cited as evidence that corporations have an obligation to maximize profits and that officers and directors have a legal duty to serve shareholder interests at the exclusion of other interests.

“There should be no confusion ….A business corporation is organized and carried on primarily for the profit of the stockholders. The powers of the directors are to be employed for that end. The discretion of the directors is to be exercised in the choice of means to attain that end, and does not extend to … other purposes.” Dodge v Ford.

Stout notes that the 1985 Delaware Supreme Court decision Revlon, Inc. v. MacAndrews & Forbes Holdings, Inc., 506 A.2d 173 (Del. 1986) is the only recent case that affirms the notion that the corporation’s proper purpose is to maximize shareholder wealth. However, this case “has become nearly a dead letter”. The Delaware court has systemically reduced the situations in which this notion could apply. The Revlon case has not been explicitly repudiated, but it is practically irrelevant to modern corporate law.

Stout argues that Dodge v Ford has achieved a privileged position in the legal canon because it serves law professors’ needs for a simple answer to the hard question of “what do corporations do?”