[In Ontario] About 67% of lawyers are over the age of 40 and about half of all lawyers practise in Metropolitan Toronto. The age skew is similar in other provinces, where a notable percentage of lawyers have been practicing for 20 years or more and are entering the latter stages of their careers. The number of lawyers graduating is increasing, but not enough to offset the bubble of lawyers that will likely retire over the coming decades. (“Small communities struggle to pry lawyers from Canada’s big cities, despite promise of jobs” – Mandy Storey for National Post)

There is a similar problem in medicine with respect to access to family doctors. “Health outcomes in Northern Ontario are also worse than in the rest of the province on several measures… ‘The 800,000 people living in Northern Ontario are more likely to have worse health, poorer access to health care, and die earlier than people in other parts of Ontario’ … While some of that difference is due to the ‘social determinants of health,’ access to a family physician or primary care provider was noted to be significantly less in Northwestern Ontario compared to the provincial average.” (“Northern Ontario badly needs doctors. But ‘forcing’ them to work there is no solution” by Sarah Newbery)

In Nova Scotia, the government has implemented compensation packages meant to attract doctors to the city and rural communities. “Among them, the tuition relief program that offers up to $120,000 toward medical school tuition in exchange for a five-year commitment to work in the province. The change in incentives also include a $60,000 family medicine bursary to help create a family practice for three years, and a debt assistance plan worth up to $45,000.” (“Nova Scotia Drops Rural Limits on Incentives to Attract Doctors” by Carolyn Ray – CBC)

The University of Saskatchewan has also studied the issue of attracting young lawyers to rural areas and ensuring adequate training. In the paper “Improving Access to Civil and Family Legal Services in Rural Saskatchewan“, an incubator model to train young lawyers for practicing in rural communities is discussed.

With a concentration on mentorship, the structure of an incubator is generally comprised of one or more principals with a number of participants, who could be student interns, articling students, or practitioners who have only recently been licensed… The incubator experience involves the participants learning the business of running a law firm with the aim that by the time they leave the incubator they will be empowered to successfully implement the practices and values learned in the incubator within their own legal practice.

It is recommended that the incubator be in a hub centre which already serves the needs of a much larger geographical area. Possible sites include La Ronge, Prince Albert, and Moose Jaw.

With the Baby Boomer generation beginning to retire, the need for lawyers in rural communities will grow. Technology will not be able to bridge the gap completely. As mentioned in the paper “Improving Access to Civil and Family Legal Services in Rural Saskatchewan”, access to internet is not equal. “We must remember that there are still many people in Saskatchewan without access to internet or telephones.” I hope that our governments and law societies work together to address the need for lawyers in rural communities. 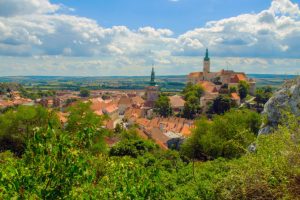 (Originally posted on slaw.ca. Opinions are my own and do not reflect the views of any organization.)